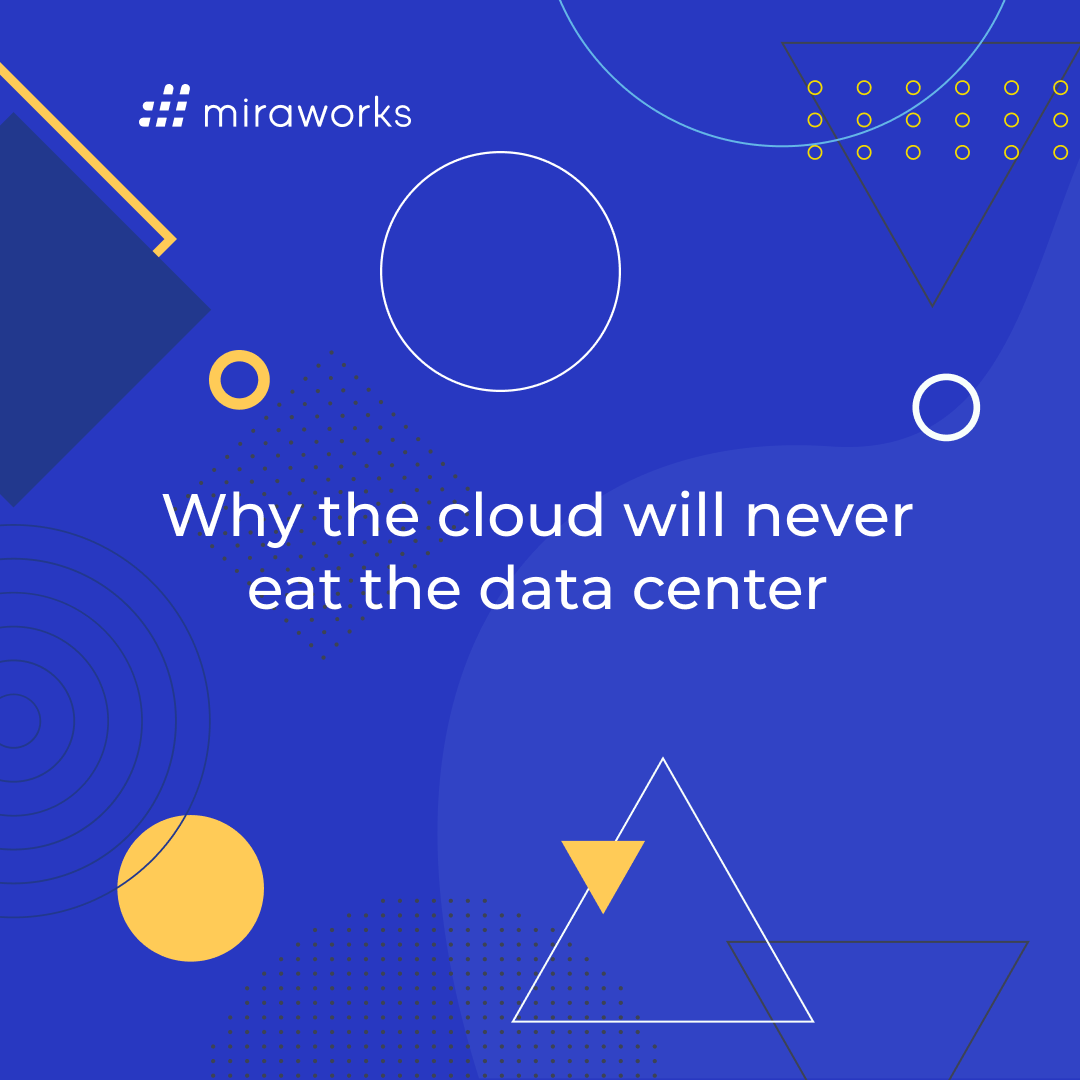 Why the cloud will never eat the data center 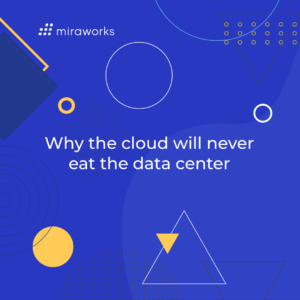 Despite the fact that traditional data-center tasks are being moved to the cloud, there will still be a need for on-site infrastructure that will ultimately require what looks like a traditional data center.

Even if you believe the cloud will eat all of IT application hosting, that doesn’t eliminate everything but those SASEs. With a small company this is not a big problem, but as your company grows, a kind of traffic jam [e.g. daisy chains] builds up at the internet gateway. In order to prevent this from happening, we need a hierarchy of switches, backbone and edge, to form a true local network.

Daisy chains are pretty easy to diagnose, but backbones are more complicated. We need to have some switch management, so our switches aren’t dumb any longer. We could run them from the cloud, but if the cloud or the internet is down our business would effectively shut down. All of these arguments demonstrate companies’ need for keeping their local data centers.

It should also be mentioned that while we’re not moving our data-center apps to the cloud, we’re moving the front-end traffic handling to the cloud. Every cloud provider has a private network that connects all its data centers to its customers. These networks are getting bigger all the time.

Cloud-eats-data-center isn’t a myth, it’s an oversimplification. We’re redefining services to include both application services (the cloud) and network services (the internet), and we’re building information technology from this new model. It’s going to have a major impact on every buyer, cloud provider, network operator, and vendor, and the changes it generates will keep us hopping for years. That should be enough excitement for everyone.